Arnaud Gouillon is the founder of “Solidarité Kosovo”, a French non-governmental humanitarian organization devoted to helping Serbian people in the enclaves of Kosovo and Metohija. Mr. Gouillon was awarded the Special Award for the Most Noble Accomplishment given by “Novosti” in 2015. In 2018, His Holiness - the Patriarch of the Serbian Orthodox Church – Irinej awarded Gouillon the Order of Saint Sava of the 1st class. In 2018, The Ministry of Foreign Affairs of the Republic of Serbia awarded him the title of Knight of the St. Sava Order of Diplomatic Pacifism for humanitarian work in Kosovo and Metohija, as well as for his continuous efforts on building a positive image of Serbia in France.

Mr. Gouillon talked about his journey that led him to Serbia and about the first things he learned about our country during early childhood. He especially highlighted the period when Serbia was bombarded and the time of the negative political campaign surrounding the whole thing. In those days, Mr. Gouillon was just a young man concerned if the world was getting the true picture of Serbia, despite the misleading information that the media was spreading worldwide. Mr. Gouillon started his humanitarian work in Kosovo and Metohija later, when he met the people from that area who motivated him to expand and strengthen his mission.

"For the last twenty years the Serbs from Kosovo have been facing a number of problems and the goal of our organization is to continue helping them despite all the difficulties", said the French humanitarian Arnaud Gouillon.

At the end of the lecture, students had the opportunity to ask questions and Mr. Gouillon was pleased to give them detailed answers. His message to young people in Serbia is that their future depends on their engagement to change the world around them. 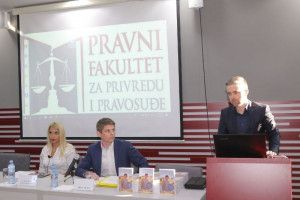 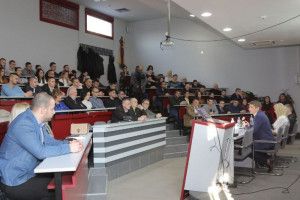 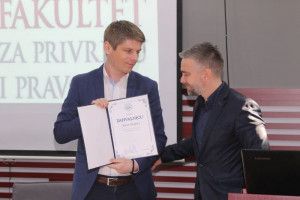 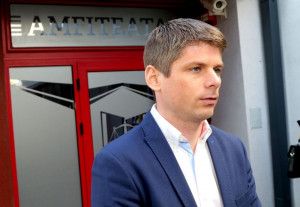 A Word From The Dean

"Our graduates are satisfied and proud to have graduated from our faculty. They have no problem finding a job after graduation, which is extremely important given the tough competition in the today’s labor market. Our goal is to create generations of graduates fully prepared for the bar exam, career life and professional challenges that lie ahead."

Subscribe to newsletter and get our news in mailbox.